In the world of films based on books, I’ve always been the type to prefer to read the book first, but life doesn’t always give me the chance, especially when there are so many books out there that I’m trying to read. For the most part, though, I’m able to at least pick up the book very soon after watching the movie, especially if the movie catches my attention. That’s what finally got me to read the Harry Potter series, and when I was “dragged” to see The Hunger Games when the movie first came out, I knew I had to go and devour those books as soon as possible. It took me a little while, but I eventually got there, and the first two, of which I had seen the corresponding movies already, were quickly consumed. 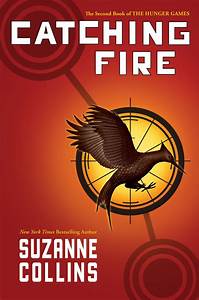 The Mockingjay movie came out sometime before I finished The Hunger Games, I believe, and I had every intention of seeing it then but never really got around to it. After finishing The Hunger Games, I had this strange feeling about the whole experience that was only confirmed when I finished Catching Fire not too long ago. Brace yourselves, because some might consider this next statement to be sacreligious, but I believe I actually liked the movies better. Bear with me, now, put your pitchforks down! There is plenty I like about the books that wasn’t captured in the movies, but what the movies were able to do that the books were lacking, was a more immersive experience of world-building. My favorite thing about the Hunger Games series is the incredible dystopia that Suzanne Collins has created. Since she has written the books in first-person narrative through the eyes of her heroine Katniss Everdeen, though, the world of Panem is restricted to Katniss’s experience. It’s a staggering experience, to be sure, but the movie is able to present a bigger, more elaborate, more complete vision of this world, and I missed that in the books. Being able to visually see the world, having the direction of the movie focus on some of the excess of the Capitol and giving us more views of the other tributes, just made the exeperience richer for me, while reading the books seemed to be like digging deeper not so much into the world of Panem as a whole, but into the mind of Katniss Everdeen, who, for all the things I like about her, also has her moments where I get a little irritated with her, too. (That’s not a bad thing; I enjoy that Collins has made Katniss so real and flawed).

We also get Jena Malone in the movies, and I may be slightly obsessed with Jena Malone, and Johanna didn’t factor in as passionately in the books. One of my favorite parts of the Catching Fire movie was her complete fury over being roped back into the madness after it was all supposed to be over, and how that influences her dynamic with Katniss, and I felt there was very little of that in the book. But that is neither here nor there.

Another aspect to it might simply be that the movies, for me, was so good at sucking me into this world that, by the time I got to the books, I already had these ideas and notions about the characters. They weren’t as new and exciting to me, so did that diminish some of the effect the books had on me? So I’ve decided to go into Mockingjay as blind as I can, and I won’t be seeing the movie first. Perhaps that will help me to appreciate the books a little more, not as swayed by the movie magic. Time will tell. I definitely enjoyed the books, don’t get me wrong, I just think the movies may have told the story a little better.

Am I to be crucified now? Have you ever read a book where you thought the movie was actually better? It’s a rare occurrence, but I can’t be the only one to have experienced this anomaly.